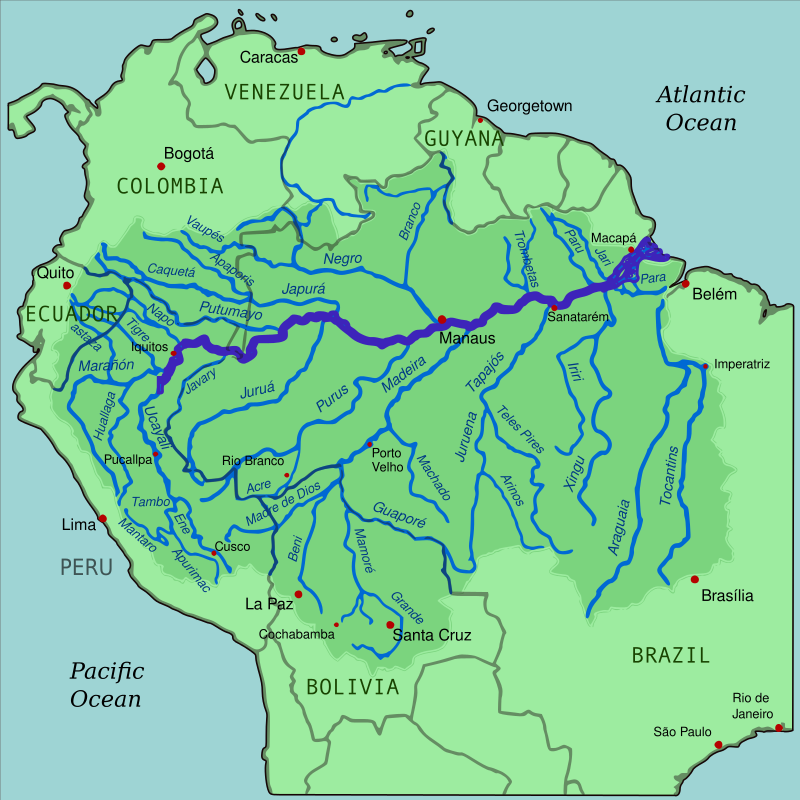 Into the Amazon river flows over 1100 rivers, of which 17 are longer than 1500 kilometers. Together they form the largest inland waterway system. Rivers in the Amazon are divided according to the color of their water, which is determined by geological and biological structures where the waters originate. We distinguish between: 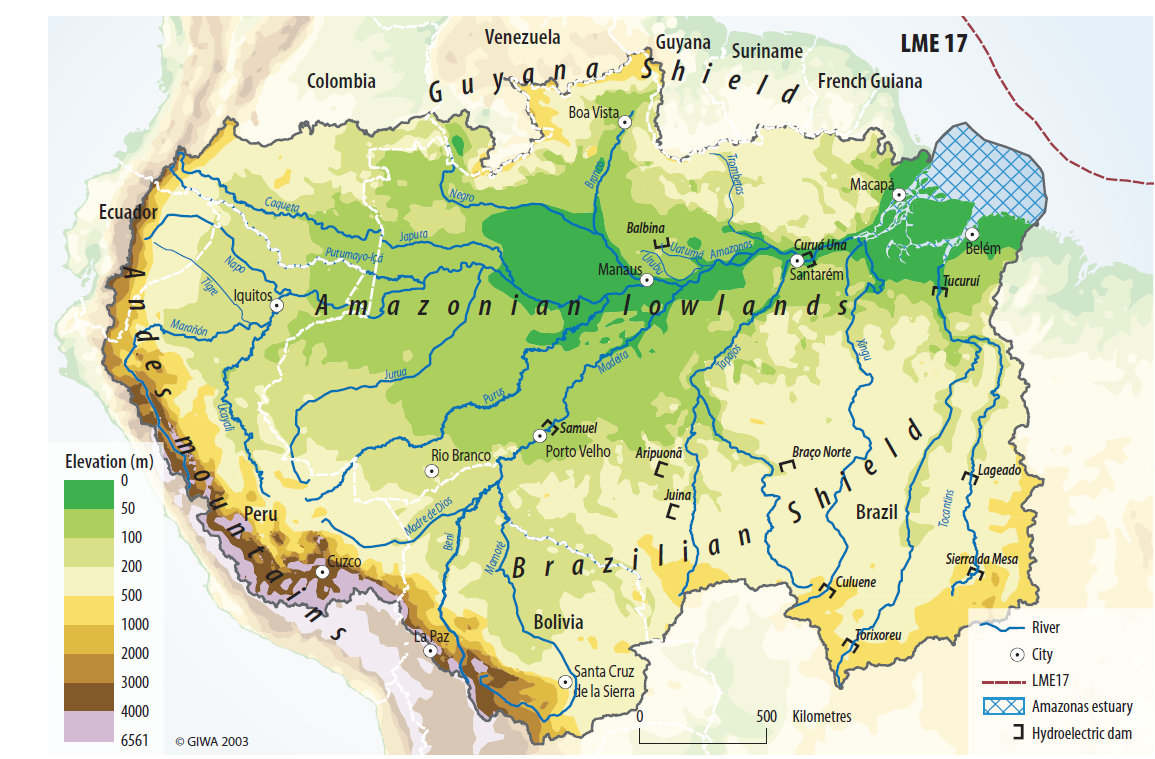 Meander (Fig. 2) is a bend of the river, caused by erosion on one side of riverbank, and deposition on the other side. Meander is composed of upper branch (upstream), arch and lower branch (downstream). Between two branches is spur or penninsula, which is connected with surrounding land by neck of meander (Fig. 2a). The inner bank (convex) of the meander, where the stream is slower is called point bar deposits, and the outer bank (concave) where the water flows faster, is cut bank (river cliff). Usually, the meander belt is created. During its development usually two arcs get close enough to each other narrowing the neck, till the cutoff of the meander. The meander can be completely separated from the river flow, by the subsequent deposition and erosion of the riverbed, and oxbow, or meander lake is created (Fig. 2b and Fig. 3). Meander lake after some time usually dries up, overgrows by vegetation and forms a meander scar. 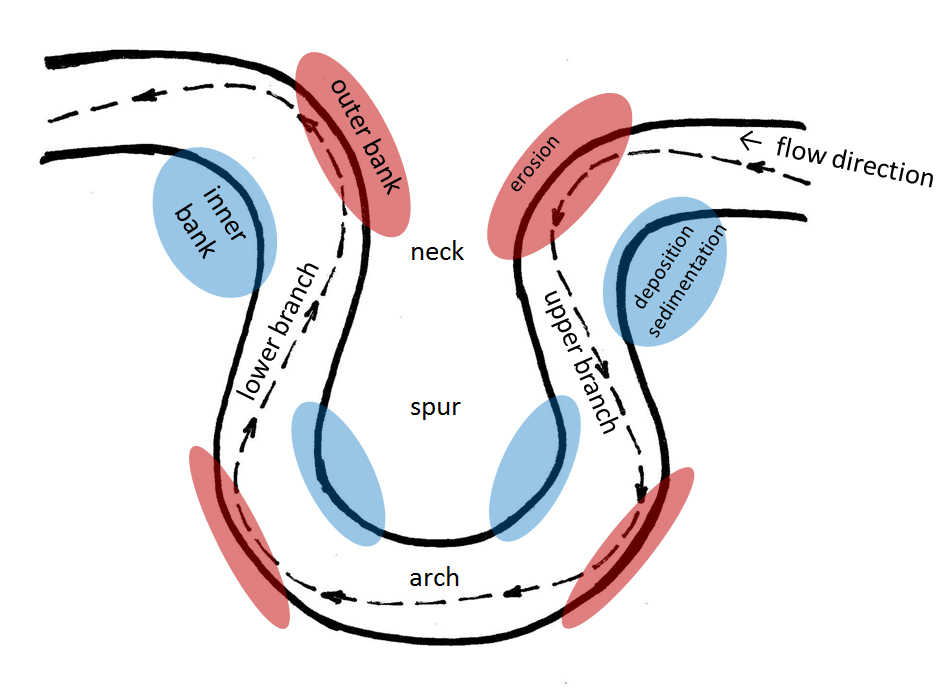 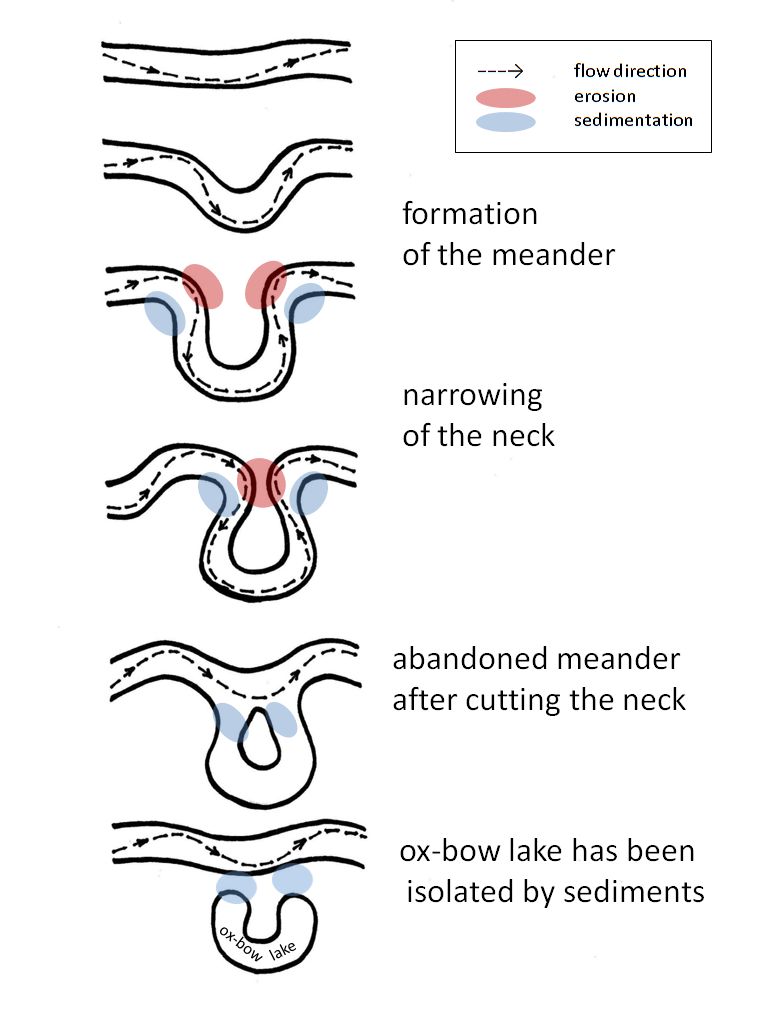 Fig. 2a Meander. Fig. 2b Formation and development of meander and oxbow lake. (Adapted from geocaching.com)